A Russian ammunition manufacturer for a Russian cartridge. Tula Ammunition dates back to 1880 when Emperor Alexander II approved the establishment of a new cartridge plant. Tula’s first contract was to produce 210 million rounds within the first seven years of their foundation — today they are their country’s leading ammunition manufacturer.

Although they originally made their cartridges with brass casings, Tula switched over to steel in the 1920s partly thanks to Russia’s staggeringly abundant iron reserves. This 7.62x39mm cartridge has such a casing with a Berdan primer, making it significantly less expensive than a brass cased cartridge for the trade-off of being non-reloadable. With 1,000 rounds to work through, though, you wouldn’t have thought about reloading for quite some time anyway.

This cartridge’s 122-grain projectile sports a full metal jacket, so you will keep your bore cleaner and your groupings tighter during protracted range sessions.

There are no reviews yet. 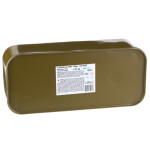 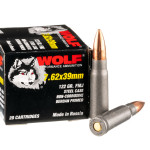